Author Spotlight: An Interview With Hayley B. James


Today Hayley B. James, author of Undercover Sins, Water Waltz, and Fire Tango is here today to answer some probing questions about her background as a writer and a person! Please be sure to comment and let her know you stopped by! :)

Welcome Hayley, can you tell us a little bit about your background?
Thank you for having me J.R.! My first novel was released in March 2011, and since then I’ve published three more—two of which are a fantasy series.

When did you start writing m/m romance and why were you drawn to it?
I guess I officially started in 2006. I was drawn it to because I never really liked reading women in romance novels or fanfiction. I couldn’t relate to them or understand why they dropped in IQ level when it came to seeing rippling muscles on a man’s chest. Besides, two dicks are better than one, right?

Do you write full time?
I write in my spare time around my full-time day job.

What event(s) in your life helped you to decide to become a writer?
I started writing when a friend of mine died. Writing allowed me to stop thinking about it, but also to vent things I felt but couldn’t voice.

Are you the type of writer who edits as they go along or do you finish and then go back to the beginning to start the 'polishing' process?
I edit as I go because I often forget what I wrote. Since I write in my spare time, I have to reread a prior chapter or two so I can remember where I left off. If I wrote full time, I imagine I could just write and only stop when I reach the end.

Do you write from experience or are you the type who researches a subject until you feel you know it inside and out?
I mostly use research, but I often look at a situation in my life and think “this is an experience I could write about.” It leads to some dumb decisions sometimes. But I can now say I’ve been hit by a Tazer gun shot by a police officer. (It was in a controlled environment.)

How do you come up with the title of your works? Is it during the writing process, before, after? Do you outline or fly by the seat of your pants when you start a new piece?
Sometimes it’s during, sometimes before, and, lately, agonizing about it after. Tangible Soul is named but stuck in rewriting hell. Book 3 is nearly complete but obviously not named. Sometimes the story just screams out a title, and other times it refuses to be named.

I outline a little, but mostly go by my pants. When I first start a new idea, I like to write scenes with the main character dealing with the secondary character or a situation so I can get a feel of him before writing anything toward the story itself. For Water Waltz, I wrote 4 different versions of Varun (the main character) before he finally emerged and I could get writing.

How much of yourself do you incorporate in your characters? Is it intentional or does it come out subconsciously? Do you ever use people in your life for inspiration?
Sometimes pieces of myself are in the characters, but not always. I write what I know, so sometimes how a character would deal with distress is how a part of my personality did or would. I can’t say I ever do it intentionally, but I write what I know.

In Paid Leave (my latest police story out in May 2013) I used parts of friends’ personalities for parts of character personalities, but no one character is modeled completely after anyone.

What do you hope your reader feels or experiences as they read your work?
It depends on the book. In Fire Tango, I want readers to sympathize with Fremont while understanding what’s behind his façade, and cheer for Leandre because they see the side of Fremont he does. The love story follows the mystery/conspiracy plot—which I hope intrigues readers enough to keep them up past bedtime—but isn’t hindered or distracted by it.

Since your first publication, have there been any surprises or funny/interesting stories you'd like to share?
One that my friends still mention came a few weeks after Undercover Sins was released. There’s a character in it named Leon who is a very very minor one. At the time of publication I had just broken up with a boyfriend named Leon. (I didn’t name the character after the guy.) I got an email with the subject line on “Leon” and the body was a rant about how cruel I was to Leon and how he didn’t deserve his fate. It ended with a thank you and a hugs and kisses. I was quite confused. I didn’t remember being cruel to Leon, and the ending made no sense in the context of my breakup. After several minutes of reading and rereading the email, I realized, the person was talking about that minor character in Undercover Sins—not my ex.

What are you currently working on?
Right now I have a few things on my plate. First and foremost is Elemental Attraction book 3. The minor importance WIPs are Tangible Soul (a sci-fi story about removing the human soul), Seeking Solace (a rewrite of an old story with a PI and a suicide survivor), and another rewrite named Hunting the Prophet (a long fantasy with angels & demons living among humans).

And I’m finishing up publisher edits for Paid Leave.

How do you overcome writer's block?
I read. I’ve learned I have to ignore the block for it to free up, so I catch up on reading or watching television shows.

Do you like to read as well as write? What types of books do you enjoy? Do you ever find yourself incorporating pieces of books you've read into your stories?
Yes I love to read. I read a lot of romance, of course, but I love regency murder mystery novels. Mystery novels themselves are my top to read genre, but make it sent from 1850 to 1900 with a male lead and I’m sold. I’ve recently got into 20s and 30s era mysteries which are just as lovely.
I’m influenced by what I read and watch, so yes I incorporate pieces of book I read into my stories. Fire Tango has a bit of a regency murder mystery feel since it’s set at a country estate. Elemental Attraction series is heavily influenced by British crime novels because I was rereading my favorite series when I started Water Waltz.

Where does your inspiration come from?
It comes from all over. Anything I read, listen to, watch, or hear in passing conversation on the street are filed away in my brain. Science blogs especially add inspiration to my sci-fi novel.

Any special projects coming out soon that we should watch for?
I’m very excited for Paid Leave coming out in May. I talked to police officers in Albuquerque, NM to get some details for it, and I’m very proud of how it turned out. The editors at Dreamspinner Press also really helped refine the story.

What do you like to do in your spare time?
I write, read, watch TV shows or anime, and tumble down Tumblr for hours. That site is a time machine. You go on at 8 pm and 5 minutes later it’s already midnight.

Please tell everyone where to find you on the internet.
I’m all over the place! I try to be active on social networks, but seem only to be successful at Twitter and Tumblr.


In a land where humans are enslaved as sexual toys, angels and demons are in constant conflict with their playthings. The demon Varun works with STAR, an organization devoted to human liberty, and it’s a never-ending battle.

Two years ago, the angel Triste broke Varun’s heart by choosing to be his butler instead of his beloved, giving Varun no explanation and no hope. However, that doesn’t mean that Triste will simply sit back and watch as Varun takes the human Elden under his protection, and Triste’s secret investigation will unearth terrible secrets, including the kernels of a pernicious plot.

Despite appearances, Triste and Varun are still in love, and Varun may well risk everything to protect Triste and discover why the angel left him heartbroken. But a still worse danger hangs over them as they seek to calm the threat of a catastrophic war.

You Belong With Me 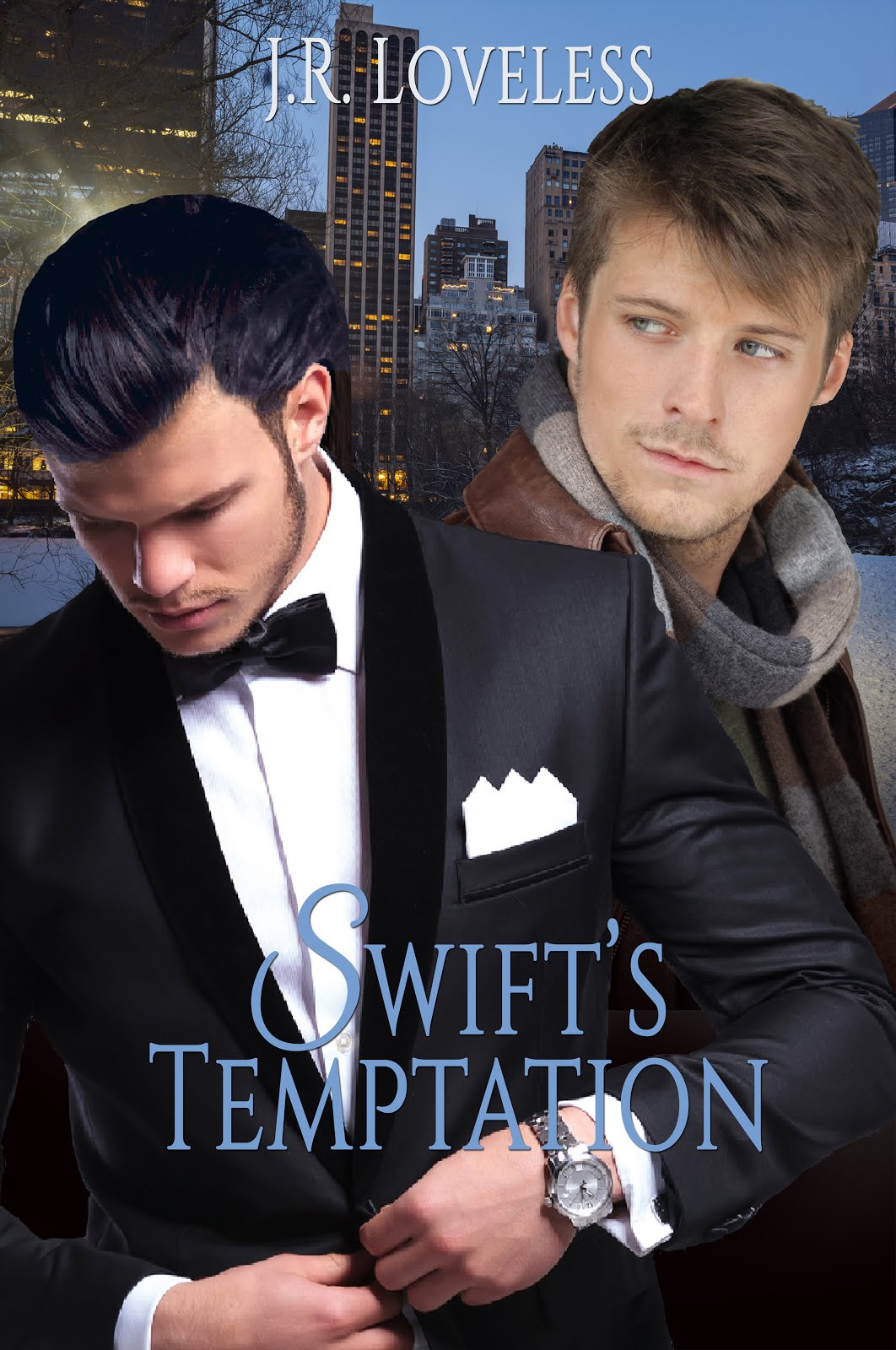 Fragments of a Unicorn's Soul 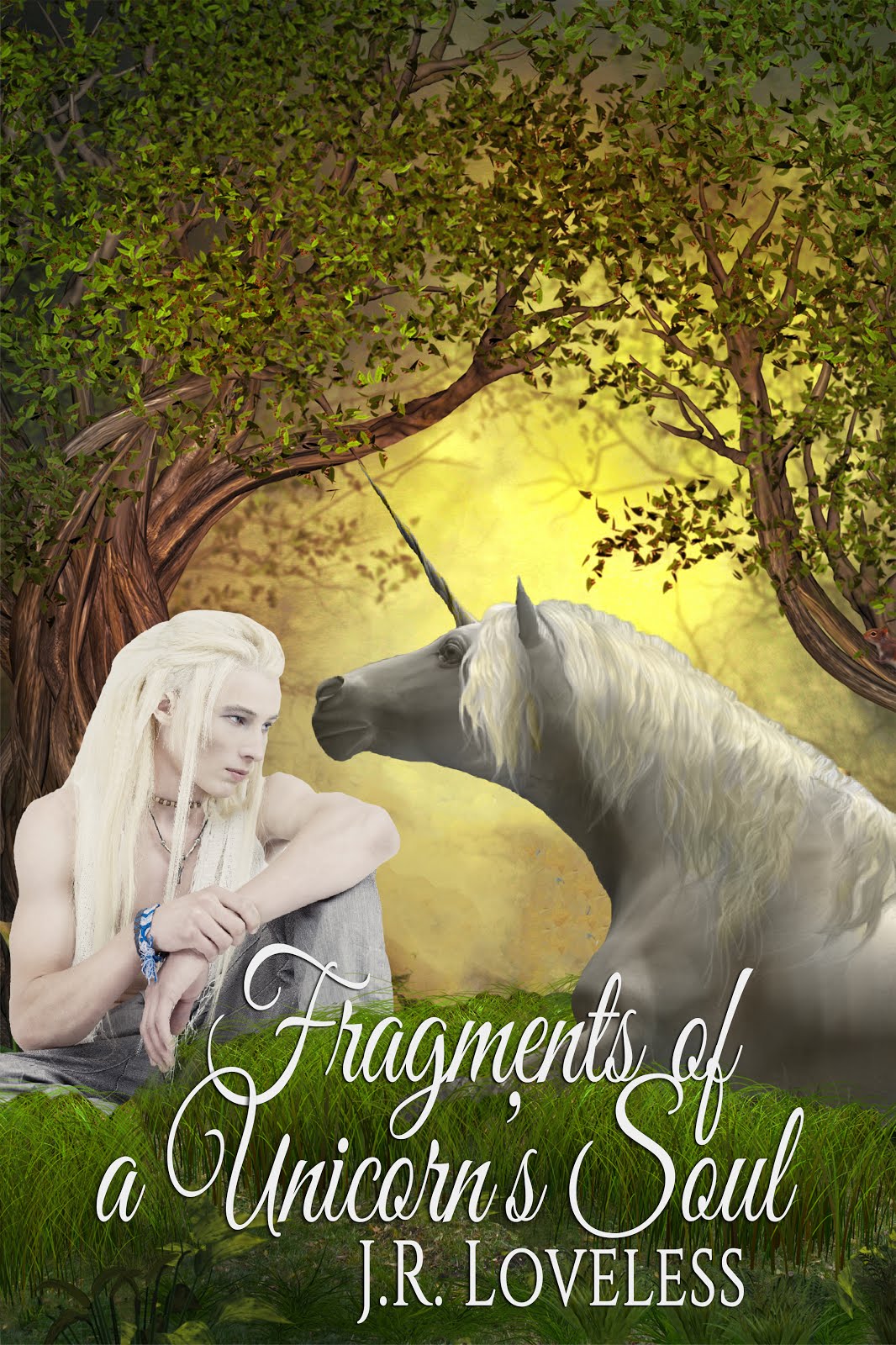 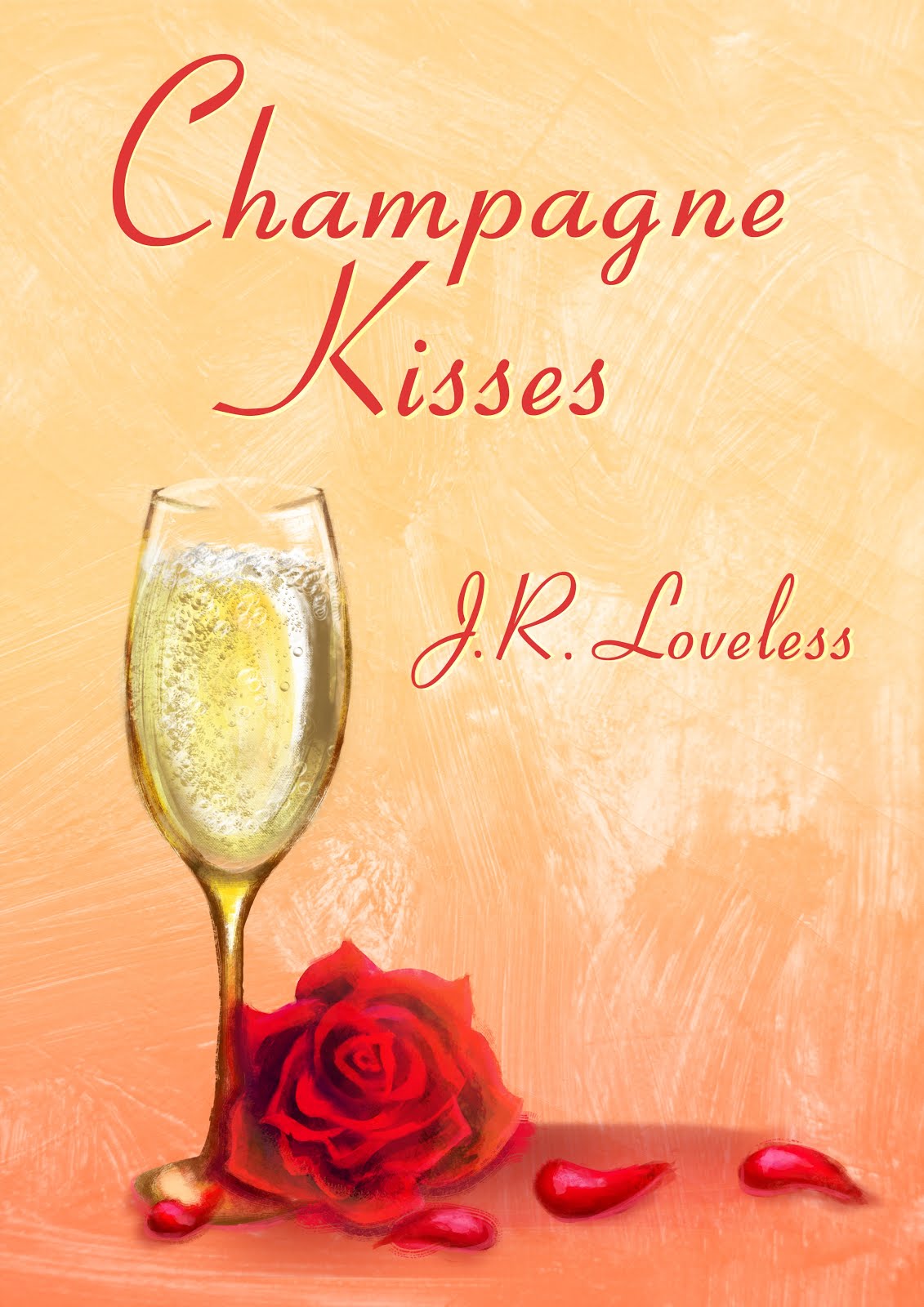